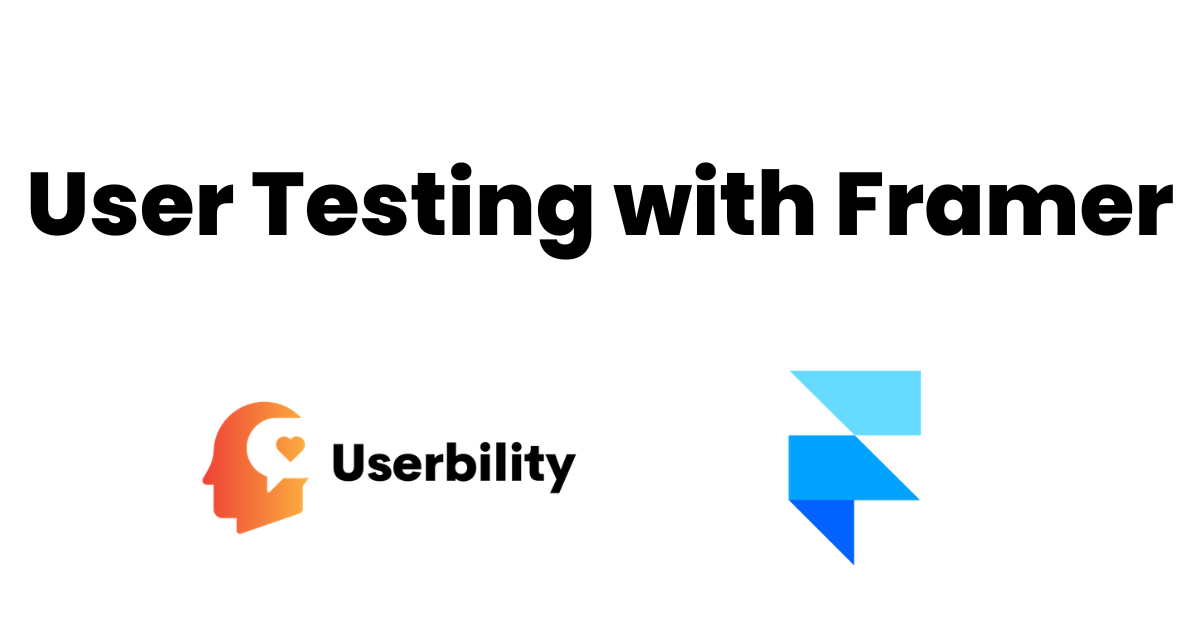 Testing prototypes with users can be a tricky undertaking, but testing with Framer is simple!

It’s important to test early design and prototype ideas with users when creating a new product, feature, or tool.

User tests with prototypes can have a big impact on the success of a new product, feature, or tool.

According to studies, every dollar invested to enhance usability yields $10 to $100 in benefits, increased customer satisfaction and loyalty, and increased profits.

This post provides you with the information you need to test your Framer prototype yourself with Userbility.

Traps to avoid when user testing with Framer

Mentioned earlier, user testing prototypes can be a tricky business, but there are a few simple traps you can avoid to ensure a successful study:

It’s even more critical to spend a bit more time setting up Framer prototypes for user testing than for a live website. This is due to

To make the setup process simple, we’ve broken it down into 3 steps:

Creating a user test for testing your Framer prototype is simple! Follow these simple steps:

Recruiting the correct participants to test your Framer prototype can be the difference between a successful and successful study.

Analysing a prototype user can be broken into 2 parts:

You record observations by noting down behaviours e.g. User landed on the homepage and immediate dismissed the pop-up.

Building an insight is down by combining observations together to identify patterns in behaviours e.g. 12 of 13 participants dismissed the pop-up on page load.

Start playing one of your Framer user test recordings and begin note-taking what the participant is doing e.g. Landed on homepage then navigated to make-up category.

It’s useful to add a ‘tag’ to each observation, as this will allow you to find them when building an insight.

Not sure what to record? Reflect on the objectives on your user test. This will allow you to focus on recording key observations before and after a certain action is displayed.

With a compiled (and tagged) list of observations, you can build insights.

The process of testing interactive prototypes using Framer is quick and efficient. You can use user testing to validate ideas, identify critical usability issues, and boost conversions. When user testing with Framer, take your time creating a user testing script and checking your link sharing settings before publishing your test.

No comments to show.

Made with ☕ in Manchester

Get paid to test